7 Days in Kyushu! A travel vlog of our 7-day itinerary in Kyushu Japan. More detailed videos on Kyushu in my Kyushu playlist (link below). Our trip began in Fukuoka. Fukuoka is Kyushu’s largest city with a population of 1.5 Million. Fukuoka is the “gateway” city to Kyushu. Fukuoka has the biggest airport, and train links to the Shinkansen to the rest of Japan. Most trips to Kyushu begin and end in Fukuoka. We spent 2 days in Fukuoka, visited the Dazaifu Temple where we were caught by a crew from a Japanese Morning Television show. We ate lots of Hakata ramen in Fukuoka, and pudding! Fukuoka also has lots of shopping in the Hakata JR Station, and the Tenjin neighborhood. We went on a boat tour in Yanagawa, ate some eel, and saw the most amazing fire festival performance!

After Fukuoka we rented a car and drove to Nagasaki where we toured Nakasaki’s Chinatown, saw the famous spectacles bridge, learned about the former Dutch trading post, and ate delicious pork belly buns. We spent a night in Nagasaki.

We then drove to the Mt. Aso region and stayed at a 100 year old traditional Japanese Ryokan hotel (Sozankyo). It started to snow on this day, which made for fun driving! This began our 3 night Onsen Hotel spree!

The next night we stayed at the Yamakizuki Hotel in Kurokawa Onsen Town which has the most amazing outdoor hot spring bath that we have ever been in!

Our final night was spent in Yufuin another small (less than 20 room) Onsen hotel. This hotel, the Yufuin Gettouan had a private onsen bath attached to our room. Our final day we spent exploring Yufuin town before taking the Shinkansen to Osaka. 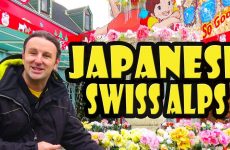 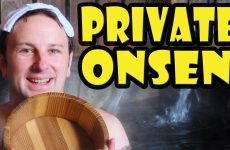 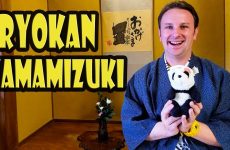 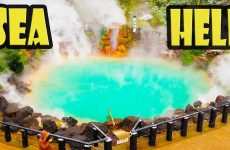 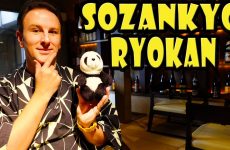 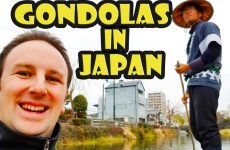 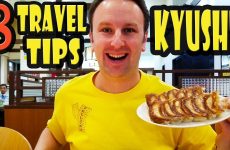 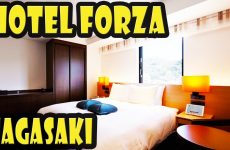