10 things you must know before you travel to London in the United Kingdom. First, the City of “London” is technically a one square mile area, with only 7,400 residents. But the larger london has 8.6 Million Residents in 32 boroughs. Big Ben refers to the bell, not the tower. The tower is called “Elizabeth Tower”
The country is called the “United Kingdom” — England is a part of the UK. Great Britain is an old name when it used to be called “United Kingdom of Great Britain”

2 – When to go:
Low season is between January and February with average daily highs around 8C or 46F
Shoulder season is between mid-September and November and then again in March and April.
Shoulder Season. Mild weather, light jacket.
Cheapest hotels are Jan-March, but often with wind and constant rain
Summer prepare for thunderstorms and crowds. But probably the best time to go. Average highs are 24C/75F. The “city” can make it hot and humid in the summer.

3 – Money: Great British Pound, aka pound sterling, aka quid
1 GBP is $1.30 or 1.12 EUR
A pound is composed of 100 pence, referred to as “pee”
A five pound note is a fiver(smallest note), and 10 is a tenner
Credit cards are generally accepted, but may require “chip and pin”
ATMS are plentiful
VAT is about 20% — and yes, they have a tax back scheme

4 – Getting in: 6 airports serve London
Main airports, Heathrow and Gatwick
Ryan Air and Easy Jet fly in to Stansted (it’s about an hour out)

Due to London’s huge global city status it is the most served destination in the world when it comes to flights. But some connections may be between airports. DONT DO IT!

Heathrow is home to British Airways that operates 40 percent of flights.

From Heathrow the fastest way in to the city is the Heathrow Express — it takes 15 minutes in to the city at Paddington Station, and leaves every 15 minutes. Station at Terminal 4, and another for Terms 1,2,3. It costs 22 GBP. Star Alliance Gold gets free Business/First upgrade.

Also can take the Tube, on the Piccadilly line. It’ll take an hour.

From Gatwick the fastest way is the Gatwick Express, it takes 30 minutes in to London Victoria Station. Also every 15 minutes.

No tube at Gatwick.

A taxi will cost you about 55-65 GBP from Heathrow

Rail fares to London vary enormously from very cheap to prohibitively expensive – the golden rules are to book Advance tickets for a particular train time, don’t travel into the city on Friday afternoons and Sundays, and avoid buying tickets on the day of travel.

London has one international high speed rail route (operated by Eurostar ) rom Paris (2h 15min) and Brussels (1h 50 min) diving under the sea for 35 km (22 mi) via the Channel Tunnel to come out in England. It terminates at St. Pancras International Station.

Whatever you do.. don’t drive!

5 – Getting Around: It’s all about the tube, officially known as the London Underground
Buy an oyster card
Daily cap, or buy a 7-day card
You use the Oyster Card for busses too
Take the double decker busses, tap when you get on. Don’t tap off.
Peak times are Monday to Friday between 06:30 and 09:30 and between 16:00 and 19:00.
off-peak rate is much cheaper.
Download the Citymapper app to help with navigation
London Black Taxis are world famous
Uber is also an option, though black cabs can be faster, they use bus lanes
Santandar Bicycles — first 30 minutes are 2 GBP, every next 30 mins is free if you return it.
The best way to get around is your feet though! Central london is quite compact
Make sure to pay attention to the “look left/look right” signs before crossing the street 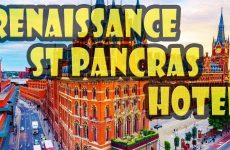 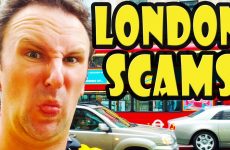 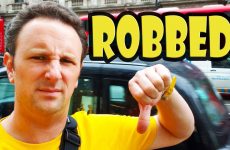 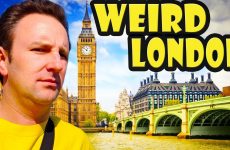 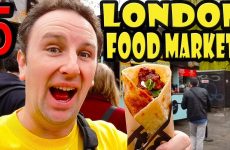 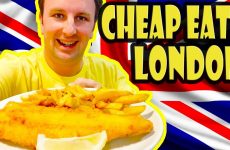 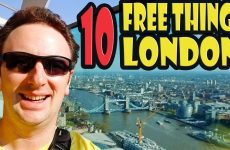 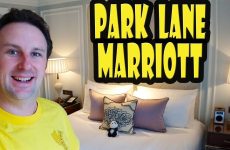 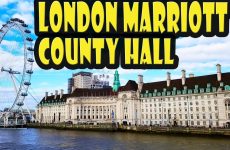