Things YOU need to know before you travel to New York City. NYC consists of 5 Boroughs, Manhattan, the most famous and dense is also the smallest. Brooklyn is the most populated, with 2.6 million residents (total of 8.5M in NYC). Queens is the largest, and “most ethnically diverse” county in the US. Bronx is the northenmost and the only one that is part of the US Mainland. Staten Island is the most suburban

Manhattan is BIG — don’t expect to walk the whole thing in a day
5 days is probably the sweet spot. No less than 3 days.

Wear comfortable shoes
Girls: Sex and the City says everybody walks in heels all the time — not so much.
Don’t try and walk everywhere, the subway is there for a reason.

NYC is Expensive! Everything costs more here.
The city runs on tips

Expect to pay to use a bathroom, there really aren’t many good public toilets

Weather
For about 8 months out of the year it is chilly. And, for about 3 months it’s just plain miserable. Be prepared for really cold and windy, or really hot, humid, and muggy. Be prepared to rain always.

Trains — to Penn Station or Grand Central. Grand Central is amazing.
Megabus if you’re on the east coast
Driving — if you do drive in… just plan to park and leave your car for the duration of your stay.

The Subway mostly runs north south… east and west you’ll be walking it
If you’re in NYC for awhile, get a week or month long Subway pass
Avoid the empty subway car, it’s empty for a reason. Hot or smelly.
Don’t lean on the subway poles… more people can hold on to it
Pay attention to the local, or express trains.
Get in the subway at the correct entrance, going the right direction, and for the right line

There are tons of yellow taxis… but they are notoriously hard to hail in bad weather
Flagship city for Uber, Lyft. But traffic is slow.
If you’re running late, don’t take a taxi. You WILL get stuck in traffic.

Walking — don’t drop in the middle of the sidewalk

Crowded, chaotic, dazzling and overpriced
Is really small — and there’s not much to do once you get there.
Whatever you do, don’t eat here. The food is overpriced and mediocre due to high rent.

Hotels
Expensive!
Save some money by staying in Queens, Brooklyn, or Staten Island
If money is no object — the Park Hyatt is amazing
Marriott Marquis on Times Square in the middle of it all 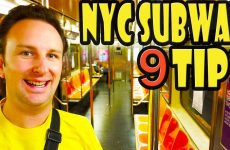 How to Ride the New York City Subway 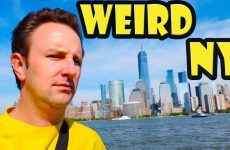 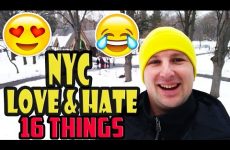 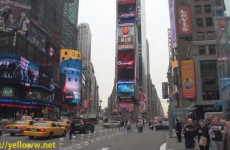 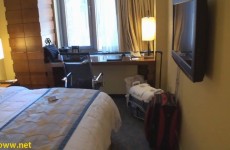 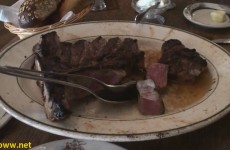