At Disneyland, Today, May 31.
But the 2nd ride “Rise of the Resistance” opens “sometime later this year”
Expect it to be super crowded. Want to wait until the crowds die down? Come back in 2020.

The land opens in Florida at Disney’s Hollywood Studios on August 29.

Until June 23 you need a pre-booked “reservation” to get in. All of the “free” reservations are gone… but you can still get in by staying at a Disneyland hotel the night of, or before your visit. You’ll get a 4 hour reservation window.

Take your reservation to the first floor of Star Wars Launch Bay in Tomorrowland. Bring photo ids. You’ll get a wristband.

After June 23 Disneyland will used a timed entry “boarding pass” systems that you can book via the Disneyland app, or in-park kiosks. Admission ticket does not guarantee entry to the land.

North of Frontierland, where Big Thunder Ranch used to be. Adjacent to Toon town, but you can’t get in from there. The entrance is Behind Big Thunder Mountain in Frontierland, or in Critter Country behind Splash Mountain. It’s big, 14 acres.

None! It’s on the planet of Batuu… the biggest town called biggest town, Black Spire Outpost, a once-thriving trading post but now it’s home to a den of smugglers at the far end of the Outer Rim. You don’t feel like you are in Disneyland at all.

Smuggler’s Run
It’s like Star Tours except you are in control.
100-plus-foot-long, movie-perfect Millennium Falcon
3 roles. 2 pilots, 2 gunners, 2 engineers. Chosen at random. GIven a card before you board.
Pilot has Buttons, levers
Gunners shoot.
Engineers fix things.
Earn credits in the play disney app.
Single rider line, but no fast pass

Docking Bay 7 – Endorian tip-yip, aka Chicken, and ribs from a kaadu… which shares a big resemblance with pork.

Yes you can get Coke, but it comes in a special globe shaped bottle.
Even the Dasani Water is star wars themed. 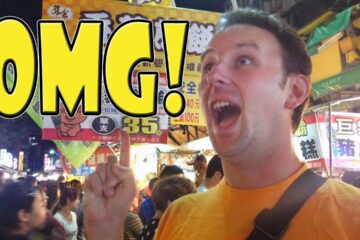